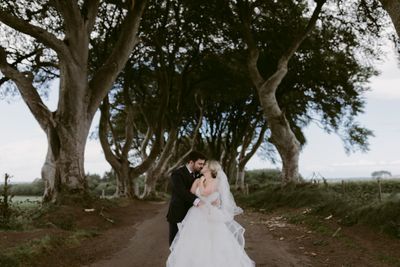 These elopement venues are open to public!

Contrary to what you might think, these places are not exclusive. Most of them are open to public so you can pay a visit should you decide to add some spice to your European tour.

In fact, some of our couples did not just pay a visit to these places but they had their wedding photos taken in these GOT filming locations during their Northern Ireland elopement!

But before we talk about weddings in Northern Ireland, let’s focus on the goal, which is to name these GOT filming locations, get to know them up close, and find out which episodes were shot there.

If you’re ready, let’s dive into these hidden gems in Northern Ireland to discover how breathtaking they really are.

Remember that very first episode of GOT where Ned Stark, together with all his sons, found six baby direwolves in the forest? They were heading back home that time after witnessing an execution and they passed by a woodland with a river running along its trails.

This location is called the Tollymore Forest at Northern Ireland’s Country Down. This forest is at the foothills of the Mournes and is a perfect spot for a foresty GoT scene. It’s a 1600-acre of woodland and the first forest state park in Northern Ireland.

You know what’s exciting? The Tollymore Forest is included in our list of small wedding venues in Northern Ireland! Yes, you can have your wedding photos taken anywhere in this forest park and brag about eloping in a GoT filming location! 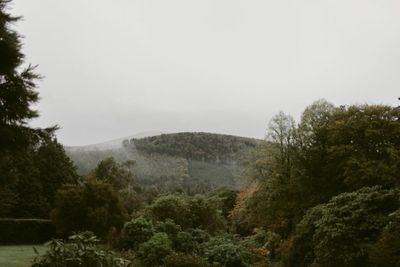 If you watched Daenerys Targaryen’s return to Westeros in Season 6, you’ll definitely get a glimpse of Downhill Beach.

This place in Northern Ireland serves as the majestic spot for Drangonstone. During the show’s earlier seasons, this castle served as Stannis Baratheon’s base of operations until he left for The Wall.

Since Daenerys spent most of her time away from Westeros, her return is one that captures the glory of Downhill Beach. Watch the episode we’re talking about and you’ll see the pristine shores of the beach.

The seven-mile shore offers a plethora of exciting activities, such as surfing and swimming. You’ll also find the Mussenden Temple in this location, one of the most Instagram-worthy places in Northern Ireland.

Furthermore, you’ll get a mesmerizing view of surrounding counties, such as Derry, Antrim, and Donegal. 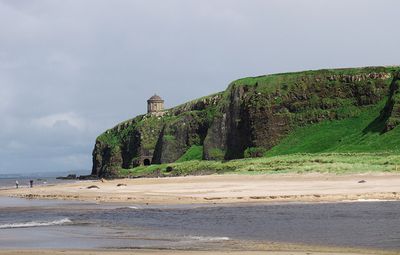 Fair Head is a cliff off the coast of Country Antrim that gives you a scenic view you cannot find anywhere else.

This spot is known as Northern Ireland’s tallest cliff to date. Standing on this cliff brings you 600 feet above sea level.

The view alone is a perfect tandem to Downhill Beach, making it a great location for Dragonstone’s cliff scenes in Game of Thrones Season 7.

Wild elopements at the Cushendun Caves

Who would forget about that horrifying Season 2 episode when the priestess Melisandre gave birth to a shadow? This monster was created to kill the sitting King of the Iron Thrones, Renly Barratheon.

That exact scene was filmed in one of the enchanting caves of Northern Ireland called the Cushendun Caves. It’s a dark and lonely cave with small recesses, one of which was the exact place where the priestess laid down as the creature of the dark came out of her.

This may not be the perfect location for your marriage ceremony but you can visit this place when you get married in one of the several wedding venues in Northern Ireland that’s included in our list. 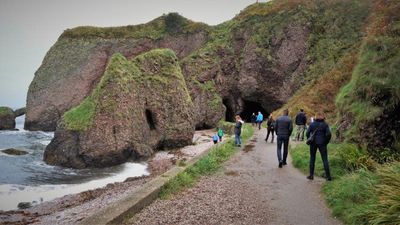 Shillanavogy Valley for a unique wedding

As compared to the various kingdoms in Westeros, the Dothraki is more barbaric in many ways.

As such, their habitat needs to convey a sense of raw power without any distracting structures. The Shillanavogy Valley perfectly captures the essence of these people.

The wide open spaces are ideal for horseback riding, of which the Dothraki are known for. The whole landscape boasts a breathtaking view and is perfect for bird watching. Spend a whole day here and you’ll see meadow pipits, black ravens and buzzards, to name a few.

House Stark has been the focal point of the show since its start. The regality of this family is clearly showcased in Castle Ward, the setting for Winterfell.

Take a look around and you’ll see a mixture of classical and gothic architectural elements, making it the perfect choice for this fictional castle.

In real life, this structure serves as the residence of the Ward family since its construction in the 16th century. Spend some time here and you’ll be captivated by the hillside view.

The 820-acre walled castle also contains several gardens and wooded areas. For sure, you’ll never feel winter will come when you visit Castle Ward. Imagine eloping nearby and getting the chance to take photos with your spouse with this as the background. When you choose one of the wedding venues in Northern Ireland, this will definitely be possible.

Elope to the Dark Hedges

If you’re an avid fan of Game of Thrones, there’s a big chance you’ve seen this place.

In the show, this spot is used as a location for the Kingsroad. The unique shape these hedges make is awe-inspiring and brooding at the same time. Scores of characters, including Jaime Lannister and Lady Brienne of Tarth have shot their scenes in this place.

In reality, these beech trees were planted in the 18th century by the Stuart family. They were meant as an entrance decoration to their property, Gracehill House.

Over the course of time, these trees grew into what they are today and have become one of the most photographed locations in Northern Ireland. 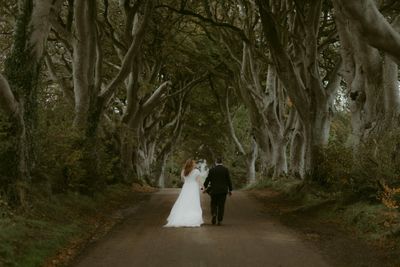 Recite your vows at the Ballintoy Harbour

Ballintoy Harbour is known as the “Port of Pyke on the Iron Islands” to the fans of GoT. It is a humble fishing Harbour located on the north coast of County Antrim. The Ballintoy Harbour boasts of epic sunset views and world-class rock formations.

No wonder it caught the eye of GoT’s production team. This location has the ability to transport you back in time when dragons were still around and the gods were still living among us. The rock formations in Ballintoy Harbour look like stepping stones of the giants, steady and unmoved by the changes they witnessed over the last thousands of years. The land formation on the coast is equally stunning with its rich green vegetation with white stones that peek from the coast.

This spot is indeed a hidden gem, peaceful and far from the prying eyes of the tourists. It’s a great place to exchange vows because you can stand on top of these interesting rock formations for a meaningful ceremony without getting conscious of who’s watching.

Be sure to wear comfortable shoes when you get married here so you can walk along this nature’s architectural design without getting your feet in trouble. Dance if you want while you wait for the sunset to come and let your photographer take breathtaking photos of you.

Once done with the ceremony and photo shoot, head on to the cafes of Ballintoy for an intimate dinner. 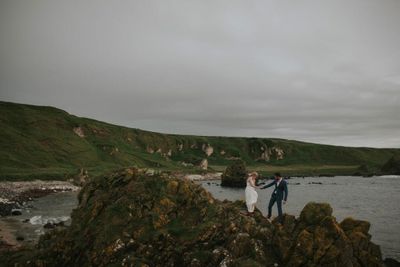 Although it happened in the wee hours of the night, no GoT fan will ever forget that episode when Rob Stark accepted his fate as the King in the North. Shouts of praises and dedication from Rob’s valiant soldiers surrounded the Inch Abbey that night as they forged allegiance to their new king.

This location in the north-west of Downpatrick, County Down, Northern Ireland was a perfect setting for that episode of Game of Thrones, Season 1. As you can see from the photo, it has become a ruin of the stone structure that was built there in the early 12th century. Only the foundation and a small portion of the facade remains, making it a suitable shooting location for a Game of Thrones scene. The old ruin is located near the River Quoile and it’s surrounded by huge trees and a wide green field.

As for its history, the Inch Abbey was established by an Anglo-Norman knight named John de Courcy as an act of repentance for destroying another abbey three years earlier. The structure was originally a Cistercian abbey built in the 12th century but was later turned into a church by the monks who colonised it. Centuries after, the Inch Abbey has become a mere ruin of the sanctuary – one of the oldest historic monument in the region.

Amazingly, this location is open to public! That means you can elope to this historic place and have your wedding photos taken after the ceremony. If you’re a big GoT fan and you’re considering an elopement abroad, you can include the Inch Abbey as one of your venue options. 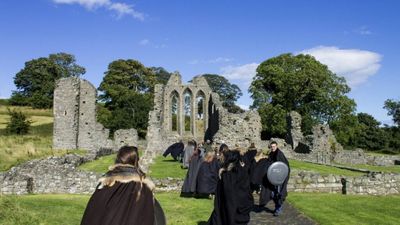 The “Doors of Thrones”

But there’s more to the Dark Hedges than just photographic opportunities. From the fallen trees of this enchanting place in Northern Ireland, ten doors were created in remembrance of GoT’s epic scenes.

Way back in 2016, a storm hit the area where the Dark Hedges was located, causing some of these century-old beech trees to fall. What a craftsman did was not to discard the tree trunks but to create doors out of them. Yes, doors! But they are not your plain wooden doors. They are what we now call the “Doors of Thrones.”

The craftsman carved symbols and images on these doors to depict the scenes of GoT Season 6. We’re sure you’re wondering where these doors are. Far from your expectations, they were not placed in some sort of a museum. Rather, they are strategically installed in several commercial spaces like restaurants and pubs near GoT’s filming locations in Northern Ireland. Even cooler, right?

Visit these places when you get married in one of the wedding venues in Northern Ireland and get the chance to see these doors that some say are as magnificent as the series itself.

Getting married soon? Do it the GoT way!

If you’re an avid fan of Game of Thrones and you’re also getting married soon, we’ve just given you enough reasons to have a look at our wedding packages for Ireland. You can have a GoT-inspired marriage celebration by choosing to say your “I do” in one of the small wedding venues in Northern Ireland.

We mentioned only seven GoT filming locations in this post, but there are many other unique and unusual venues for weddings in Northern Ireland that are as epic as the series itself.

Just contact our European wedding planners who can answer all your questions about destination weddings. Once you find out that we can handle every aspect of your wedding for a GoT-inspired elopement, you can start writing your vows because “Winter is coming.” 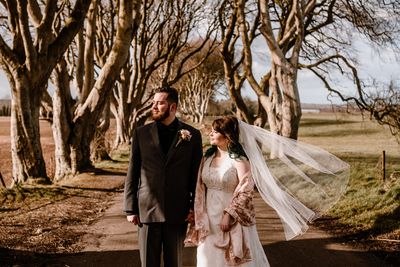 BlogFAQEnquiry FormBooking Conditions Summary ContactPrivacy Policy
© "Peach Perfect Weddings" is a trademark of Peach Perfect Limited, registered in the Republic of Ireland under Company Registration Number 686334.
Get a quote
Up